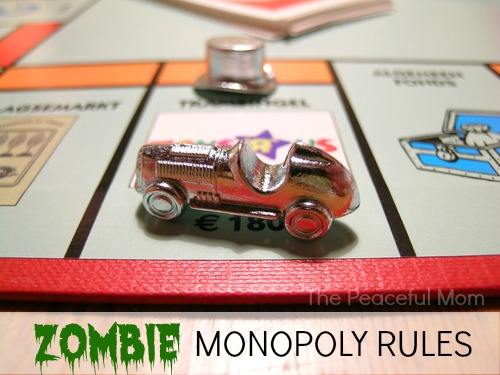 I found this idea while searching for alternative Monopoly rules. Turn a regular game of Monopoly into Zombie Monopoly by doing the following: